THE MAGIC OF THE ENGADIN

THE MAGIC OF THE ENGADIN 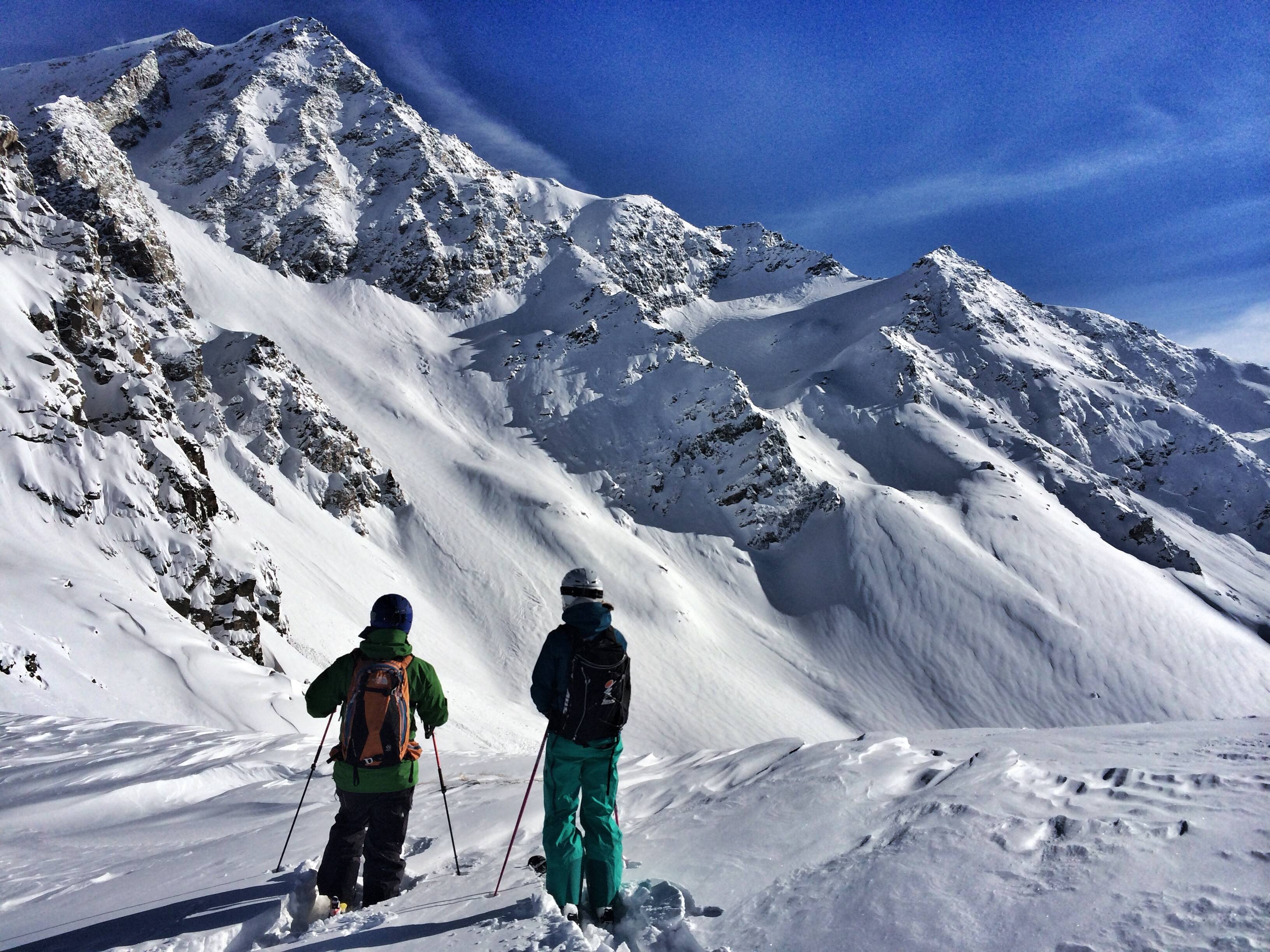 This winter marks the 150th anniversary of winter tourism in St. Moritz and the surrounding Engadin Valley. As the story goes, hotelier Johann Badrutt made a wager with 4 of his British summer guests that they should come visit for Christmas, and if they didn't enjoy the Swiss winter weather, that their stay would be free. They came, and enjoyed it so much they stayed until April.

While St. Moritz has a reputation made of fur coats, Rolls Royce hotel shuttles, and the most expensive boutiques and private clubs in the Alps (along with the clientele that creates the demand for these amenities), there is no question that the Engadin Valley may be one of the most beautiful regions in the Alps. With 7 distinct ski resorts, and a number of smaller local areas, not to mention hundreds of kilometers of nordic ski tracks, the skiing can hardly be overlooked. Massive off-piste variety can be found at each of these resorts, as well as some of the widest and most meticulously-groomed pistes anywhere in Switzerland.

We were lucky enough to arrive over the Julierpass just as a heavy snowstorm hot the valley - shortly afterwards, it was closed, as were all other access points to the valley. By the next day, almost a meter of fresh snow had fallen, and it wasn't letting up. None of the ski resorts opened upper lifts that day due to avalanche danger, so we went for a skate-ski from Pontresina to Celerina and back, then checked out the Cresta Run, the historic predecessor to the modern day skeleton and luge, which was invented in St. Moritz.

The next day broke blue, with some of the deepest powder turns of the season. Our long-time local guide showed us the best runs at Corvatsch, where we wound up for lunch at a converted summer cow barn with dozens of retro-geared skiers taking part in a historic ski race with wooden skis and all - a perfect day.

And the legendary 5* hospitality of St. Moritz? It is alive and well, with a hotel style and category for every budget, all the way up to full-blown royalty - of which there are plenty still. We were guests of the Carlton Hotel and Nira Alpina Lodge, which we will detail more in a future journal. But enjoy some of the images that we captured during 5 days in the Engadin. 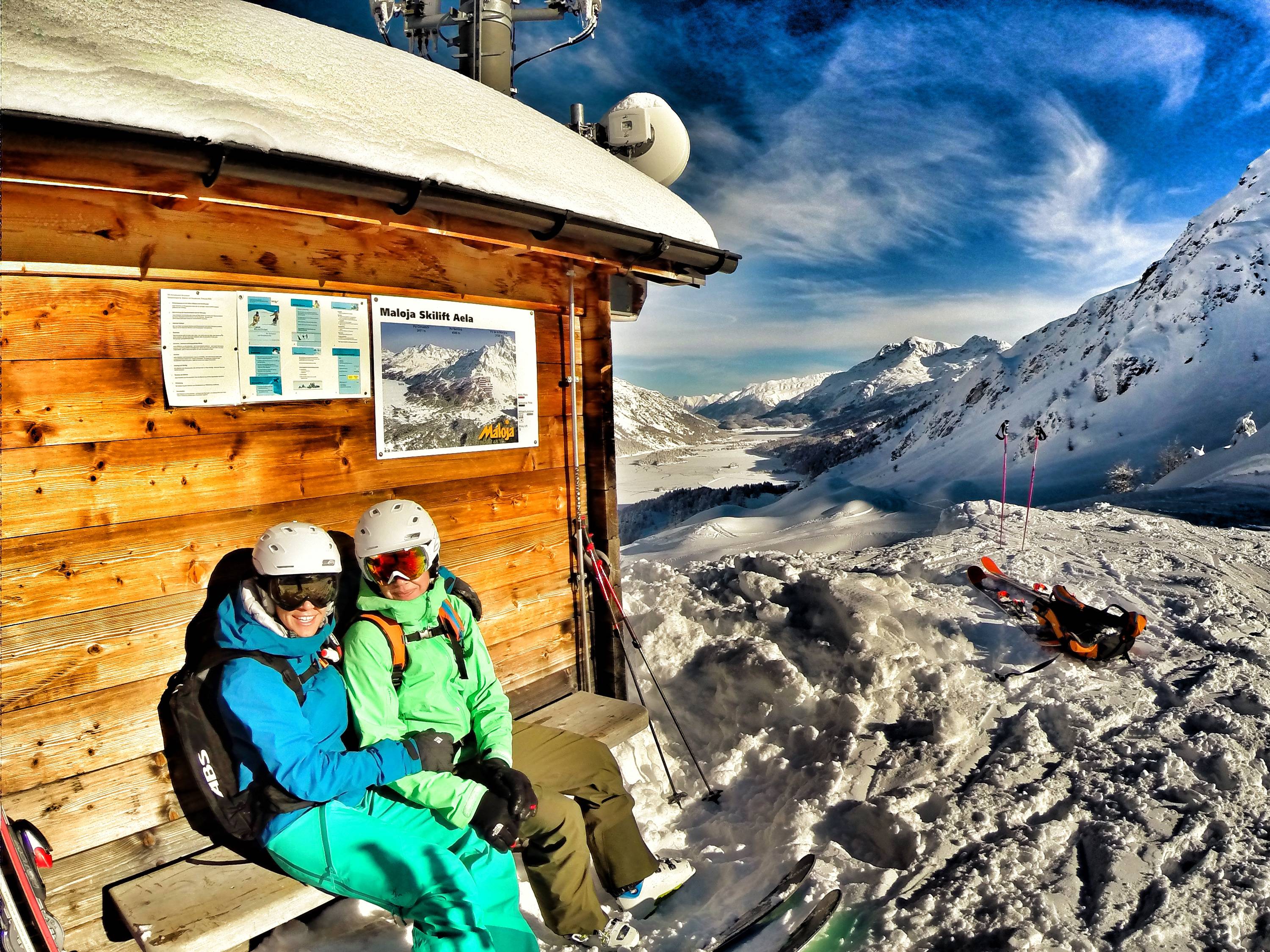 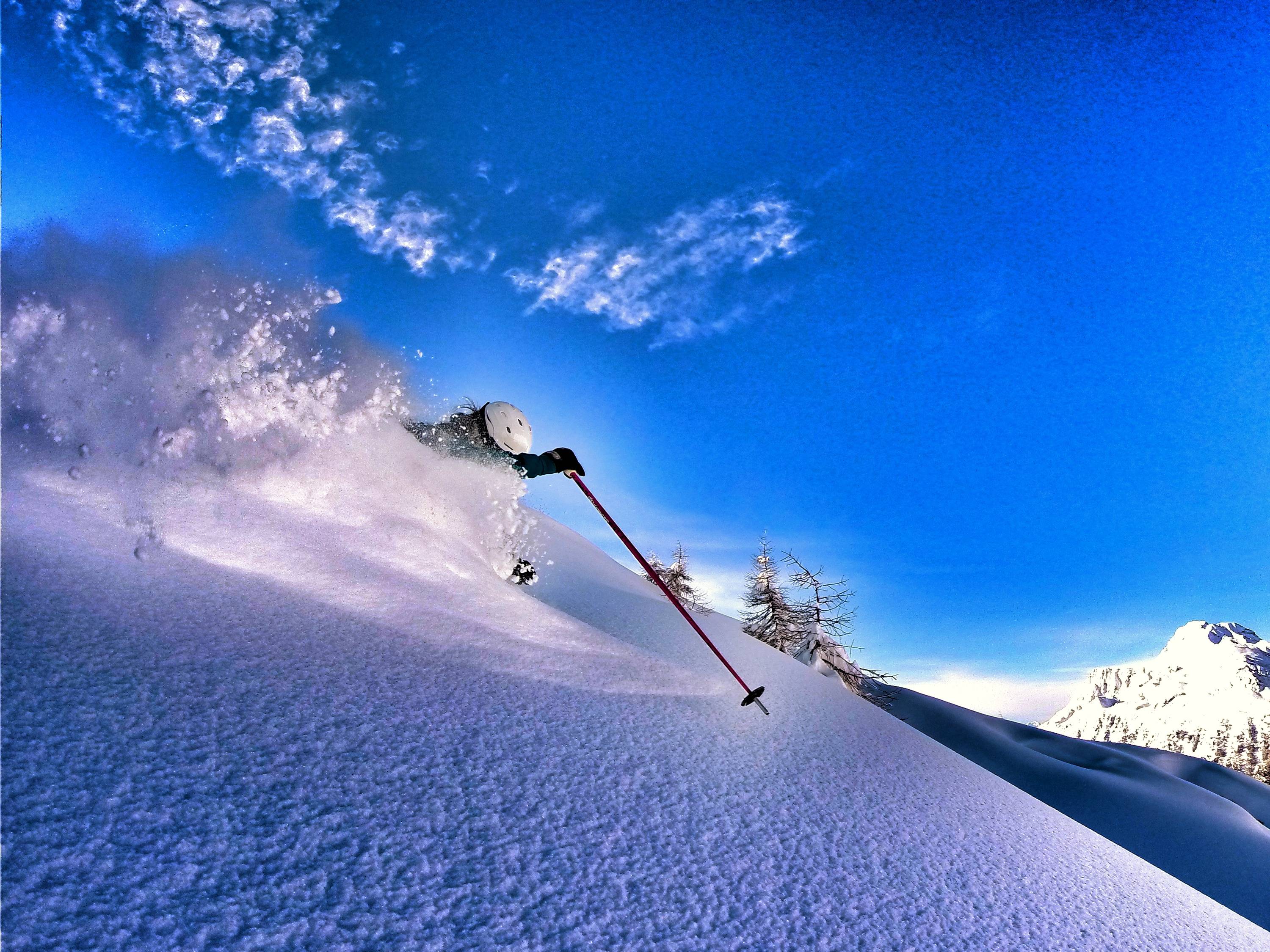 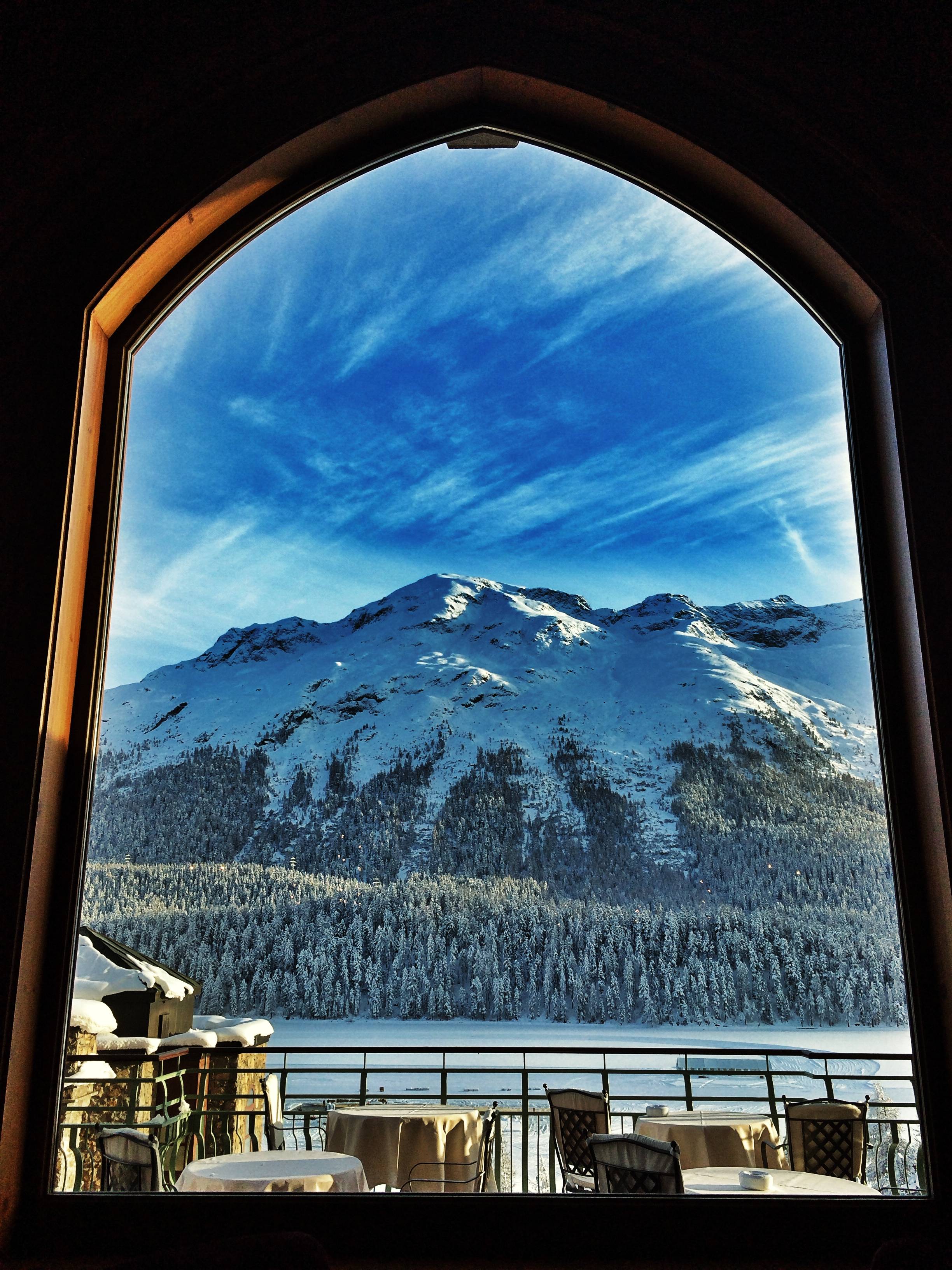 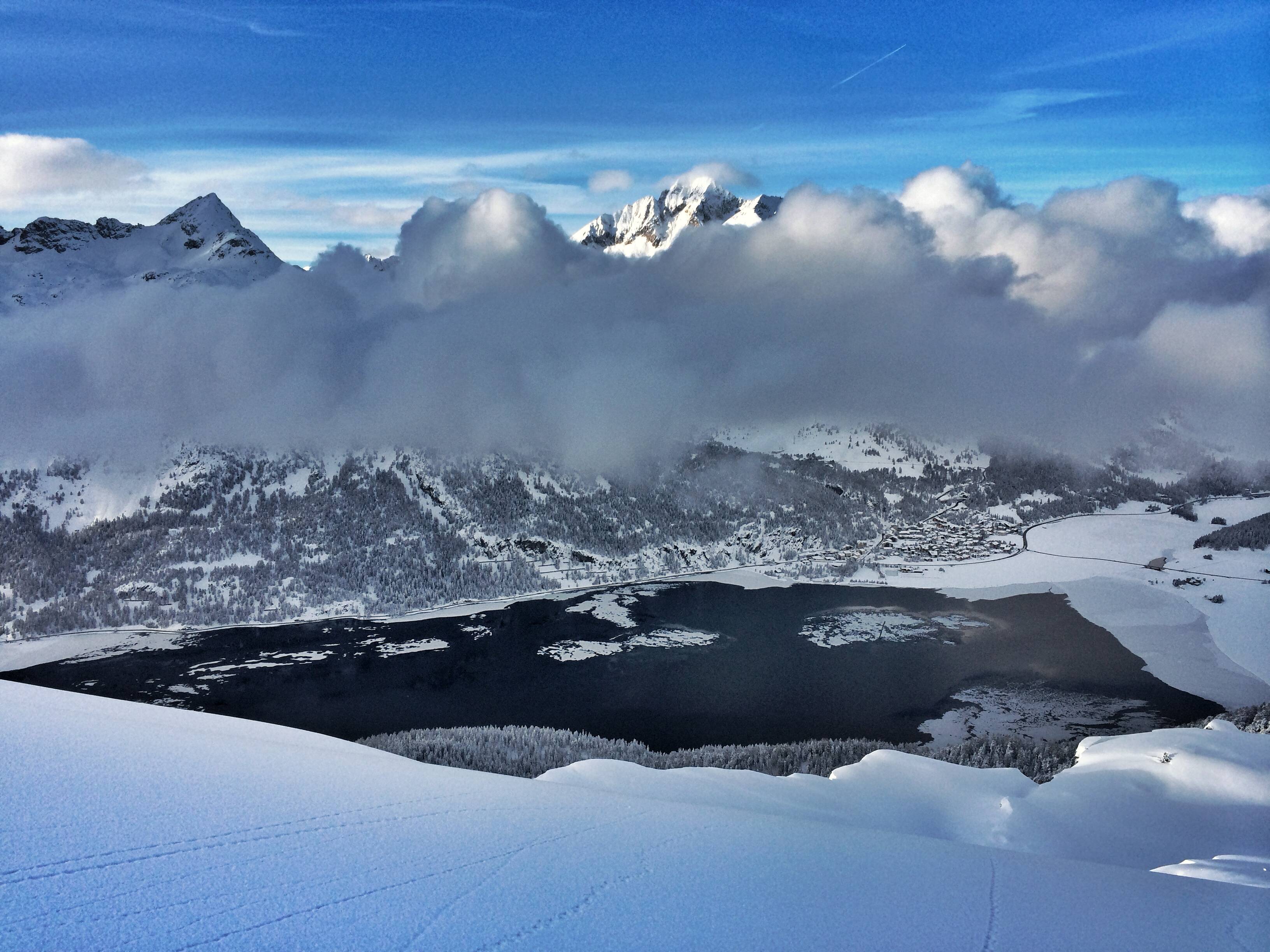