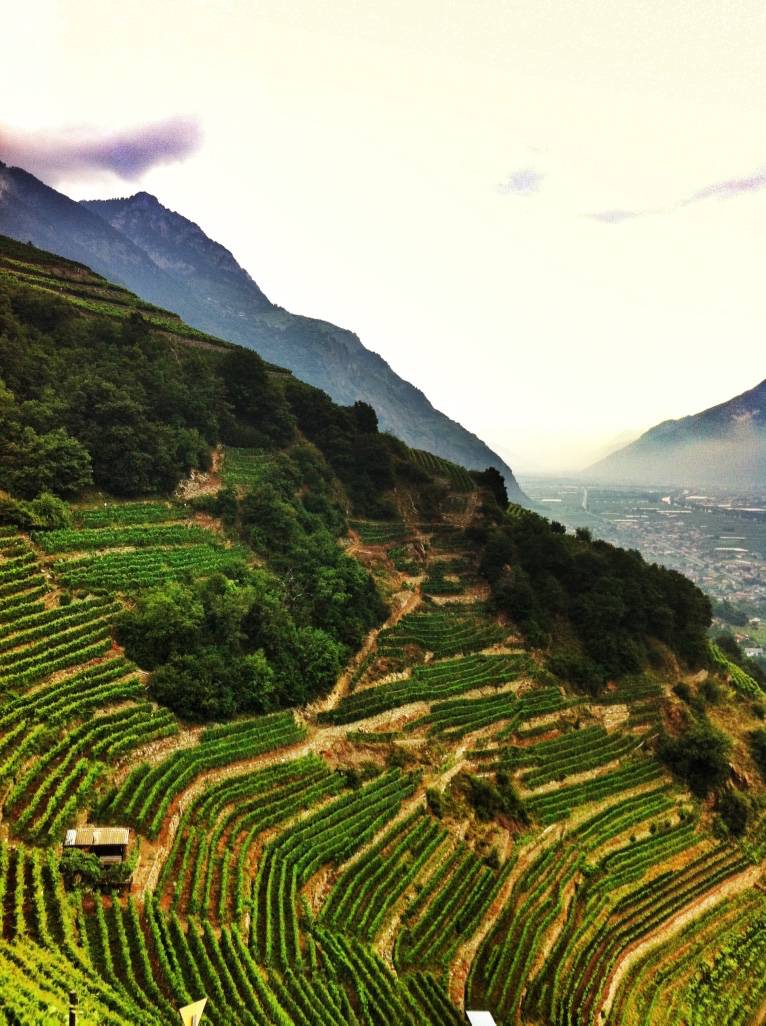 Combe d'Enfer (literally the Devil's Basin) is a small domaine in the Swiss Rhone Valley, named for its southern exposure and ability to trap the heat and ripen grapes to perfection. On this stormy summer afternoon I was putting the finishing touches on a wine tour I was organizing for a 50th birthday party. My guide was Yvon Roduit, owner of Domaine Rodeline, a passionate self taught winemaker. Yvon tells me that instead of vacations and holiday houses, his family bought vines. Now in his mid 60's, Yvon and his family own some of the most prized vines in the Valais, and he has recently built his first independent cave (wine making facility), where later we tasted the local varietals directly from the stainless aging vats.