These days there is a lot of buzz around bacon; either you are crazy about heritage breed, hickory-smoked, salty delicious bacon, or you are totally against the fatty pork belly and the inhumane conditions at many pig farms. These trends, as with most new foodie obsessions, are non-existent in the Alps of Switzerland - where cured bacon, locally known as lard, has been a staple of the diet for a millennium, and the farming methods are some of the most ethical and humane in the world.

The “Bacon Fair” has a long past in the town of Martigny, but its establishment is not as old as the tradition claims. In 2011, the Bacon festival should have celebrated 200 years, but apparently the organizers were already deep into the Vin Chaud, because they forgot!

In 1392, the Countess of Savoy granted the city of Martigny the right to hold 2 fairs/year. These fairs always revolved around a Catholic celebration, originally Saint-Barnabé (June 11) and Saint-Luc (October 18). It wasn’t until 1801 that Martigny Bourg was granted 2 fairs of their own, one at Saint-Jacques (1 May) and the other one the first Monday in December, before St. Nicholas Day, and so began the “Foire au Lard”.

The festival fills the picturesque Rue de Bourg, with its 15th century houses, intimate restaurants, artisans, and of course butchers, is alive with celebration the first weekend in December. Around these parts, it is the official start of the holiday season and an occasion for consuming copious amounts of vin chaud (hot fortified red wine), while snacking on un Plat Valaisanne – a cutting board of local charcuterie, especially salt-cured pork belly/lard, raclette, soupe a la courge, and perhaps some more bacon for dessert. The vendors include butchers from all over Switzerland, the Vallée d’Aosta Italy, and Haute Savoie France. But this is not English or American thick-cut bacon sizzled in a frying pan. This is raw cured bacon that lasts for long periods over the winter, and the fat is easily/directly consumed for warmth & energy, and not lost through the rendering of cooking.

The tradition of "killing the pig" in each family in late autumn or early winter remained until after the Second World War; in fact until the middle of the 20th century the entire pig - not just the ham - was frequently salted in a wooden vat, then dried in a raccard, a chalet serving as a pantry in the Valais alpine pastures, open to the fresh, dry air of the mountains.  This tradition is largely dying, but still carried on by a few families in the Valais.

They are then put in brine, packed in large tanks in cool (less than 10 ° C) cellars, where they are impregnated with the flavors of the cured mixture for two to four weeks.

Then comes the drying phase, during which the lard is suspended with a string in a well ventilated room for five weeks, and pressed several times, during this period, the lard loses 30% to 35% of its initial weight.

In the Valais, it is a protected IGP (strict codes on the farming and production) product, distinguished by its dry texture, strong flavor of spice and herbs, and sometimes a thin layer of Noble Mold.

Some large companies in the central Valais share the 70-80% of cantonal production: Cher-Mignon in Chermignon, Fleury in Granges, Ebener in Bramois, Crettaz in Ayent. The rest is produced in small butcher shops. 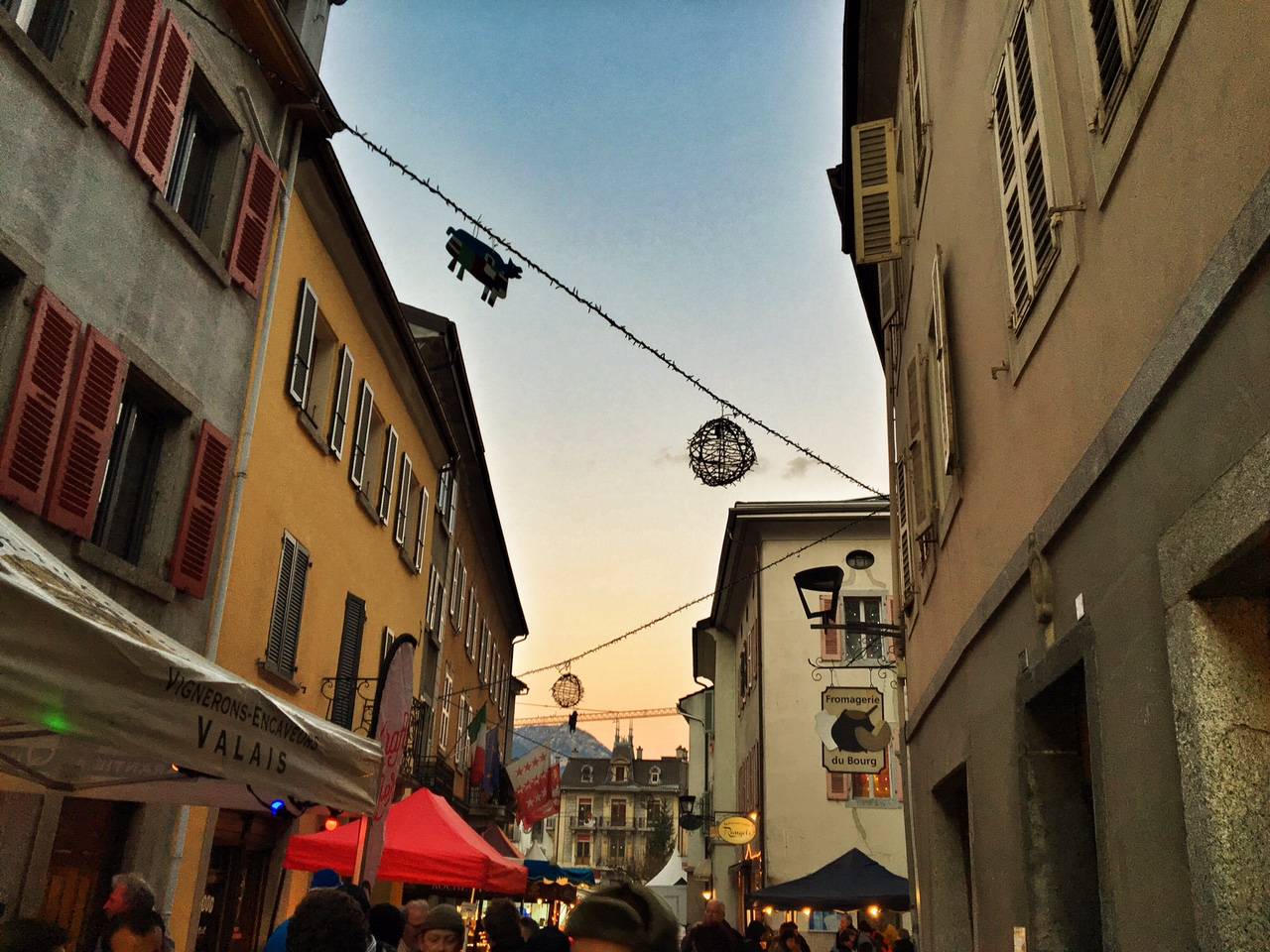 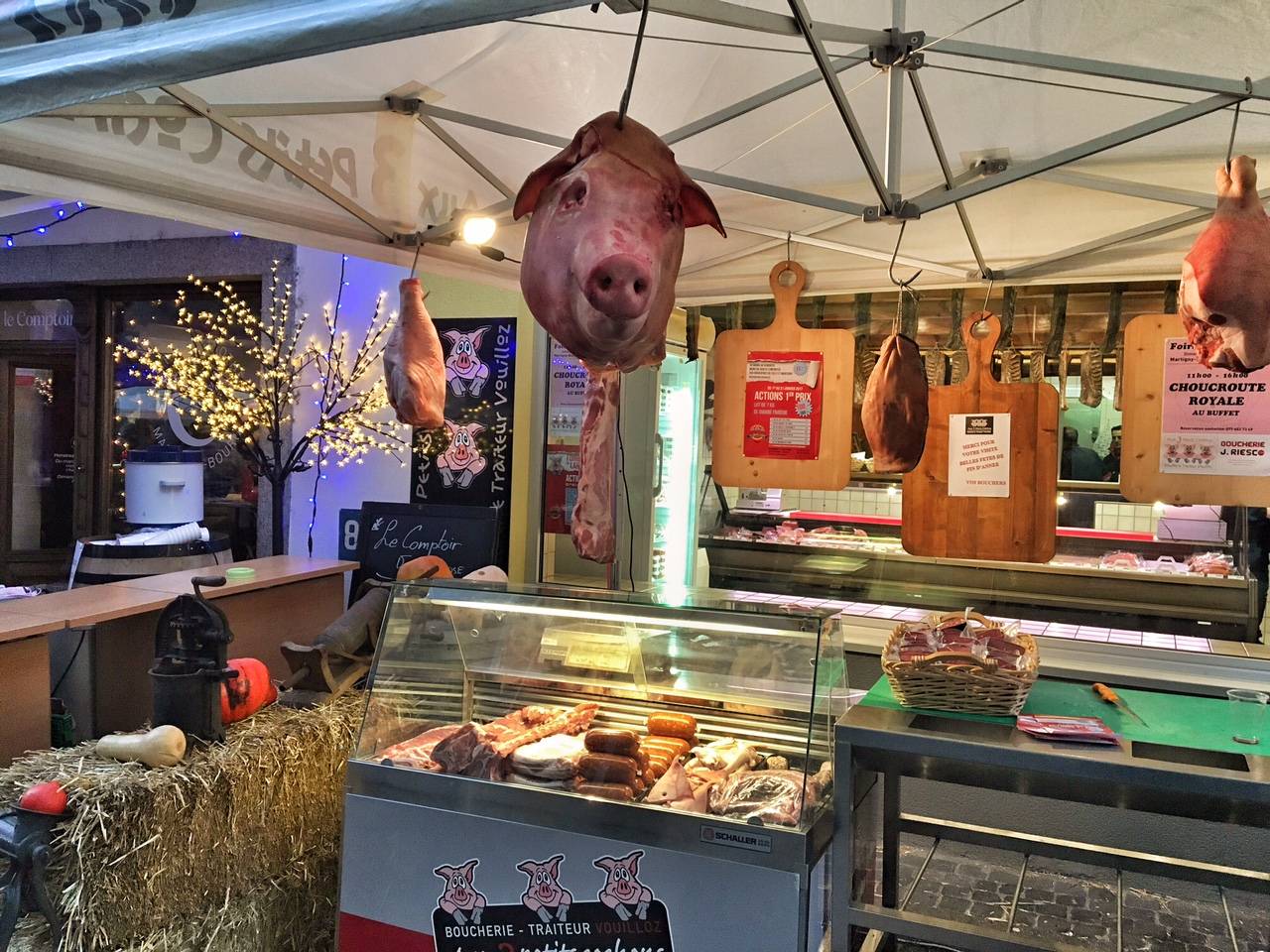 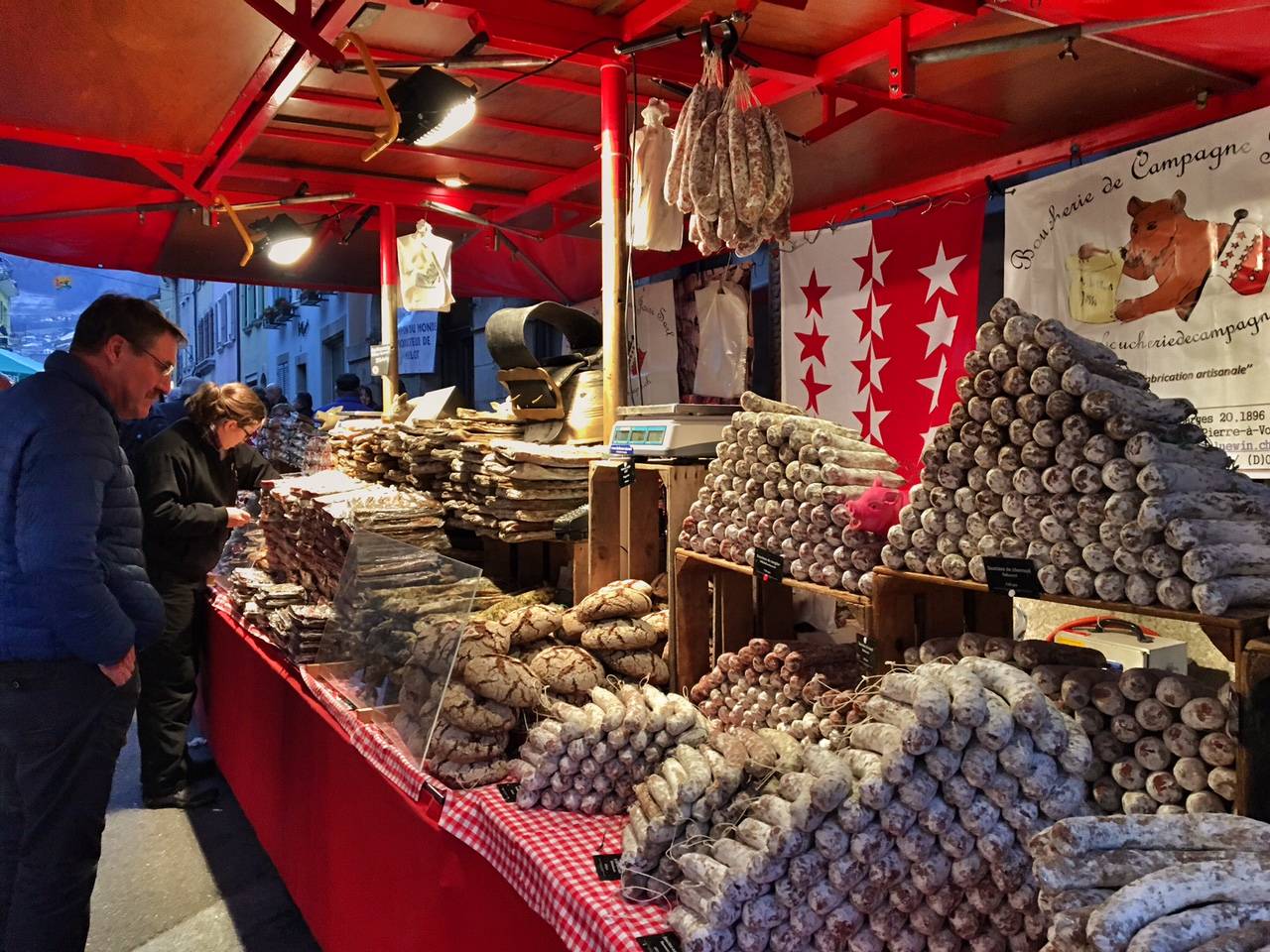 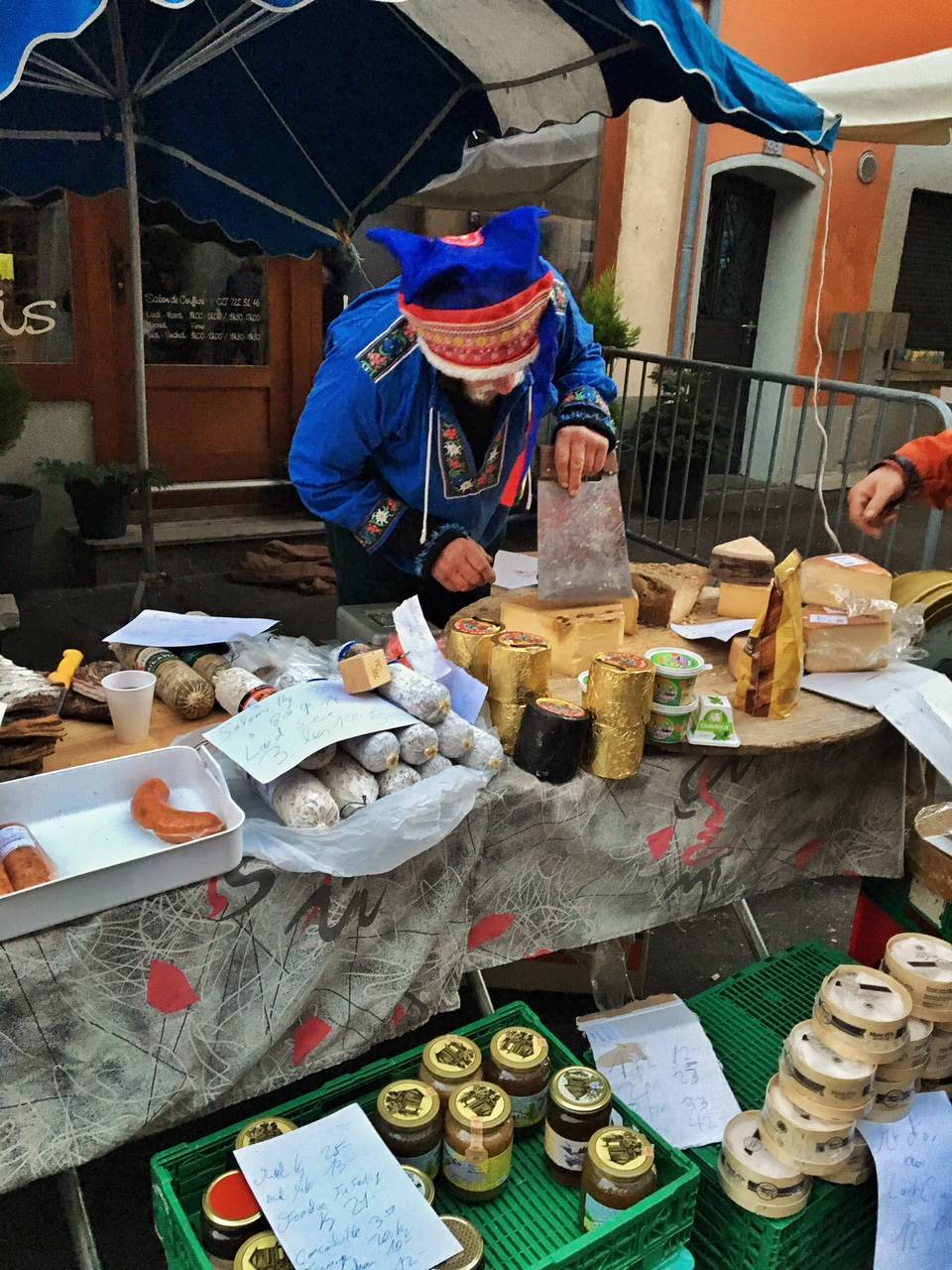