VIA FARINETTA (VIA FERRATA) SAILLON

VIA FARINETTA (VIA FERRATA) SAILLON 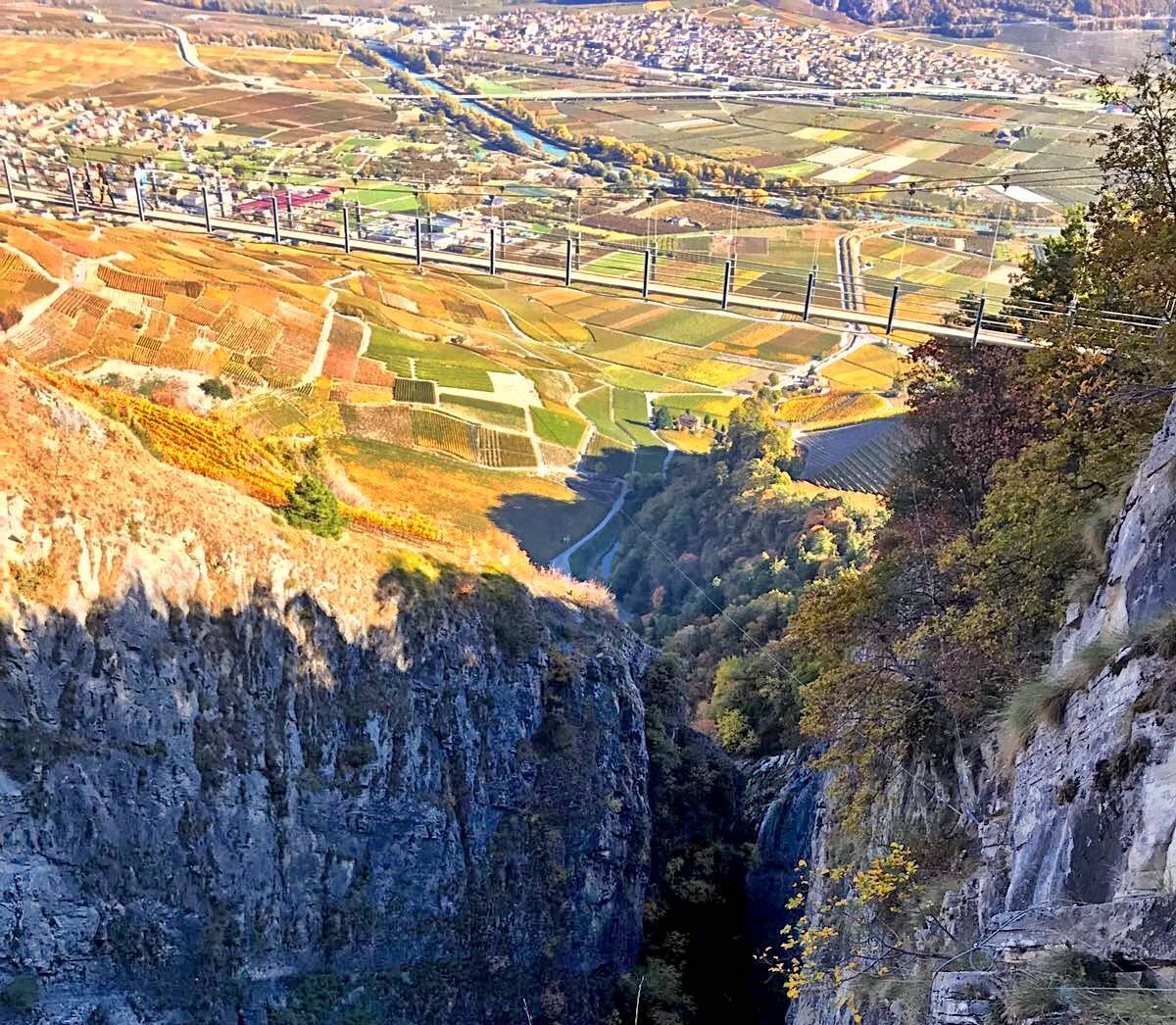 The Via Farinetta in Saillon, is named for local legend Joseph-Samuel Farinet, a counterfeiter who gave his money to the poor. Arrested many times but he always escaped, in 1880 his body was found in the gorges of Salentze. To honor the Swiss Robin Hood, a vertiginous bridge was built, over the gorge where he perished. In May 2011, the via ferrata "Via Farinetta" was installed which starts in the gorge and arrives under the bridge.

The Saillon Via Ferrata requires some prior experience in the field. On the way to the beginning of the via ferrata you will find a cave where you can enjoy a hot shower, the water comes from the heated thermal springs from the river Salentze, at a temperature of 20°C/ 68°F.  Almost immediately you are met with the first test of the via Farinetta, a crossing of a small gorge over the Salentze, which will likely halt the fragile and cause them to turn back. Daring adventurers can continue on through passages in the gorge, where you are met with the sound of rushing water and an incredible view of the carved rock and drop-offs below.

This section is not very physically demanding, but keep in mind that you are not even halfway. Upon the arrival at the end of this first pass, admire the magnificent view of the Rhone River plain. At this point, If you feel that it is not possible for you to continue, you can depart via the path that leads higher to "The gateway to Farinet" suspension bridge.

If you still have energy, you will definitely enjoy the second section of the Via Farinetta, a  dizzying and impressive traverse of a gigantic, exposed, rock wall. Physically not very demanding, but it is especially impressive for people who are sensitive to vertigo (who should avoid this section). After crossing the wall, you pass through small tunnels with views on the gorge, and across an overhang, where your strength will be tested.

Finally, there is a possibility to continue on to the third and final section (attention this section is reserved for experts - many capable climbers have been evacuated by helicopter), the physical level is very high and the passage is long. In addition to being a regular on Via Ferratas, you must also have a very good physical condition.

For most, we would advise you to finish after the second section to discover the suspension bridge and breathtaking view, before descending on foot (about 45 minutes walk) back to the starting point.

* Via Ferratas can be accessible to all ages and abilities as long as fear of heights and vertigo is not a problem. Unlike climbing, a Via Ferrata - a mountain route equipped with fixed cables and ladders, requires less technical skills, but the concentration must be constantly present. We suggest attempting your first Via Ferrata with a UIAGM mountain guide, who will safely navigate you to these otherwise impossible to reach places, conquering fears and pushing the limits, enabling many to surpass what they ever thought they were capable of - “the magic” of a Via Ferrata! 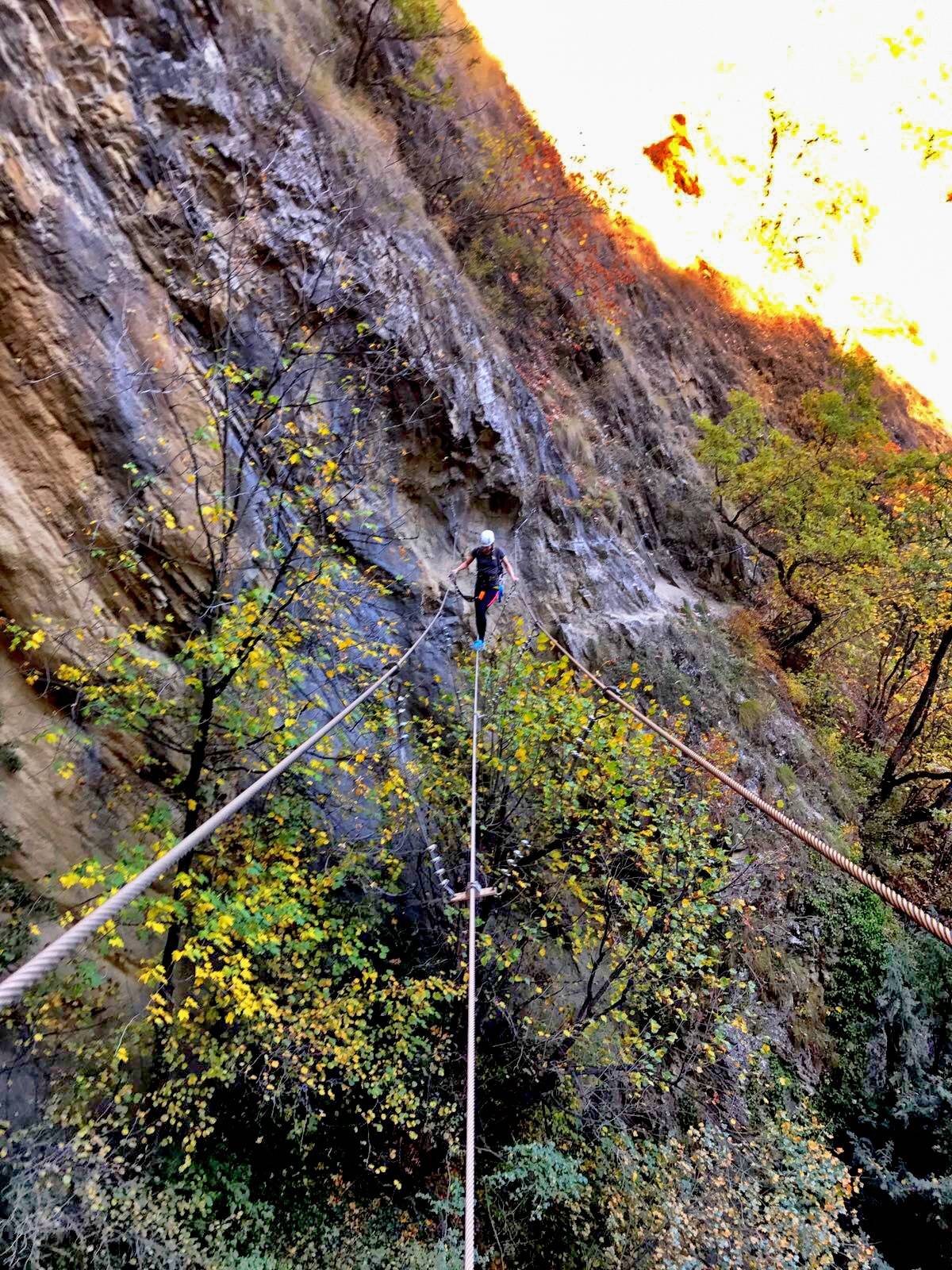 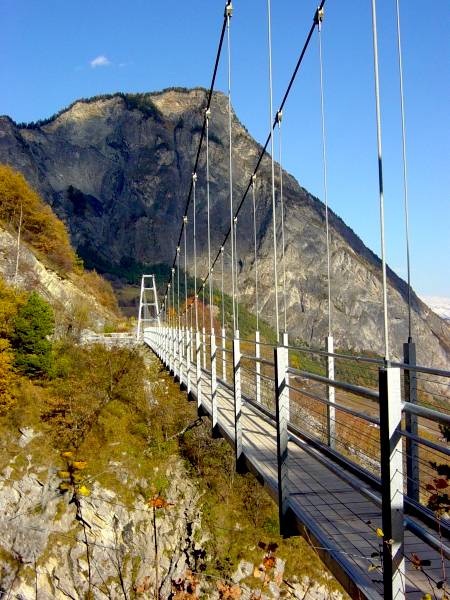