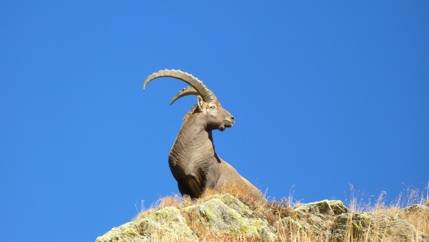 Late fall in the Alps can mean frantically splitting firewood and organizing the ski gear in mid-October for an early-season ski-tour, or just as easily give you a few last weeks of perfect Indian summer weather before the snow begins in earnest. Luckily for us, this year has been the latter, and allowed us to get a few last big rides and hikes in while the leaves are changing, the shadows are long and low, and the temperatures are ideal.

With no idea how long it would last, we decided to head up the historic Grand St. Bernard Pass for a long mountainbike descent into Italy. Well-used for thousands of years, the Pass has been controlled and crossed by the armies of Caesar, Hannibal, and Napoleon, and is crowned by a monastery and hospice that has sheltered travelers since 900 A.D. And perhaps most famously, it is the home of the eponymous rescue dogs used for centuries by the guides once called marroniers, as well as the monks.

We arrived at the top of the pass before noon, a good thing to take advantage of the heat of the day at almost 2500m. Just across the border to Italy, an old Roman inscription in the cliff face marks the old road and the site of an ancient temple to their god Jupiter. We dropped in on the Roman road, cobblestones restored at the start, but giving way to well-worn wagon wheel ruts. After 300 meters, we took a perfect sloping singletrack that traversed the left side of the valley for 5km. Into the golden larch forest, soft needles and fallen leaves made the riding smooth and silent, like schussing through boot-top powder on skis.

Closer to the village of Saint-Rhémy, we passed WWII bunkers and gun mounts, pointed up the head of the valley towards the border. We wondered how many generations of travelers had taken this very trail, armies headed towards a battle for new lands, smugglers running contraband, and religious pilgrims. We have spent years skiing the area, and witnessed the Tour de France’s passing in 2009, but had never experienced these silky-smooth trails in the fall by bike, and the reward was well worth the effort we were about to begin to get back to the top of the pass.

The road usually closes after the first snow, but some end-of-summer construction was happening on the Italian side, so the freshly-resurfaced (for the TDF) pass was absolutely abandoned for our hour-long ride back up. As the last rays of afternoon sun crept up the cliffs, we rounded the last corner and were faced with the king of the Alps, the majestic bouquetin, or Ibex. He stood 5 meters away from us, undaunted, incredibly powerful legs and neck supporting the massive horns, casually standing on a rocky cliff. We spent 10 minutes with him, then climbed the last few hundred meters up to the col, where a cold beer and a plate of cured prosciutto and cheese awaited us at the tiny bar on the Italian side. A perfect way to send out the fall. 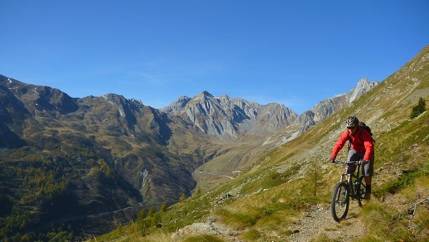 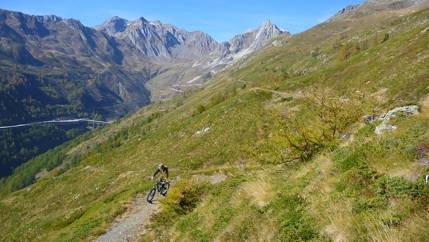 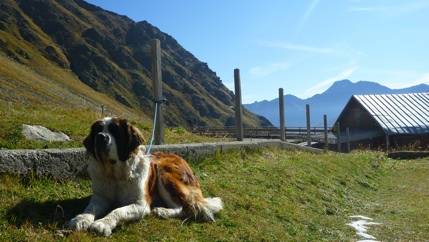 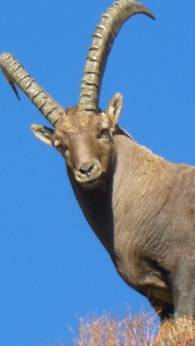