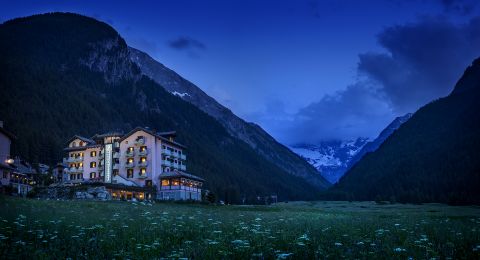 There are places in the Alps that are at once timeless and innovative, where you immediately feel at home, yet spoiled as a guest. The Hotel Bellevue is one of these places, and one of our favorite hotels in Valle d’Aosta, or anywhere for that matter. Nestled in the heart of Gran Paradiso National Park, the hotel offers great service and an amazing spa area. This historic house is in a unique setting and boasts carefully curated furnishings, history and an atmosphere like no other. A family run property, immense effort has been made to maintain the traditions of the Cogne Valley.

Hotel Bellevue was built in 1925, just 3 years after the creation of Gran Paradiso National Park, from what was previously a game reserve for the Italian royal family. In 1926, a law was passed that blocked any further construction in the Sant'Orso meadows, which is why Hotel Bellevue has such a privileged position today, with a completely unspoiled view over the Gran Paradiso peak and its glaciers.

Despite substantial renovation over the years, this old mountain château still continues to transmit emotions of an atmosphere of times gone by. The hotel has 38 rooms, and 2 chalet apartments situated in front of the main building.

SPA & WELLNESS: The new and charming wellbeing area “The Gran Paradiso Spring” has the privilege of uniting the beauty of the mountains and the alpine culture with the pleasure of immersing yourself in the hot spring waters. At the 1,200 m2 spa area, guests can make use of two swimming pools with lots of water jets, four types of sauna, two steam baths, a large salt grotto, a hydromassage bath, an ice grotto, two sensual showers, a Technogym and lots of relaxation areas. The spa has been awarded Best Spa in a hotel in Europe in 2013.

FOOD & DRINK: The three restaurants offer a great variety of taste from Cogne Valley and use local produce as well as vegetables from the kitchen garden located in the backyard of the hotel.

"The Bar à Fromage", restaurant de montagne, offers typical dishes drawn from the pastoral life of yesteryear and based on recipes using choice local produce. This is a popular choice on the "Saveurs du Val d’Aoste" circuit. And the "Brasserie du Bon Bec", located off-site in the center of the village specializes in mountain cuisine and local dishes, served in a beautiful antique dining room.

LOCATION: The Bellevue is located at the southern end of the small village of Cogne, bordering the Italian National Park: Grand Paradiso. 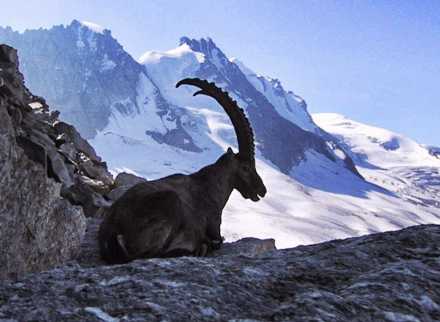