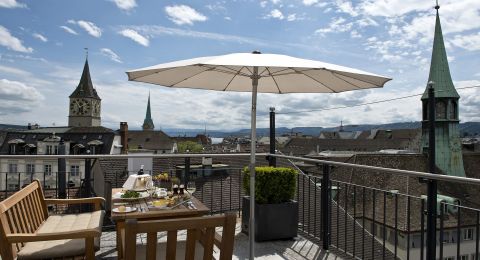 "Simply Unique" – the nine meticulously restored historical residences dating from the Middle Ages, in which the Widder Hotel unfolds, have been built, acquired, occupied, changed and decorated by descendants of noble families, guild masters, artisans and merchants for more than 700 years. The present hotel opened in 1995, after a construction period of almost ten years. Swiss architect Tilla Theus has created an exclusive masterpiece - a total entity of historically-listed buildings and exquisite original pieces, which have been combined with contemporary design. In total, 42 rooms and 7 suites, no two alike, offer an invitation to discover the old in the new and the new in the old. They are furnished with antiques and works of art by acclaimed artists such as Robert Rauschenberg and Andy Warhol. Blending into this interior are creative contemporary design classics by Le Corbusier, Mies van der Rohe and Eileen Gray. The Widder is an exceptional class of hotel - offering guests the privilege of a private residence in the heart of Zurich, the business city.

ART: Besides the very many aspects between Middle Ages and Modernity of the Widder Hotel’s interior, the art takes pride in an exceptional position. The exquisite collection was curated by architect Tilla Theus who was in charge of the overall Widder Hotel project.

FOOD & DRINK: "The Widder Restaurant" by Dietmar Sawyere 15 points Gault Millau. Swiss cuisine infused with Mediterranean and Asian flavors, based on the best ingredients from Switzerland, France and the USA. "Wirtschaft zur Schtund: Swiss specialites such as tarte flambée, fondues and daily menus. A favorite with Zurich locals for drinks and a casual dinner. 'The Widder Bar" characterized by the cosy architectural charm of old wooden beams from the year 1291, It is a mix of contemporary art, historical heritage, an exclusive assortment of drinks and live jazz performances.

LOCATION: The Widder Hotel is situated conveniently close to the Bahnhofstrasse in the heart of Zurich's Old Town. 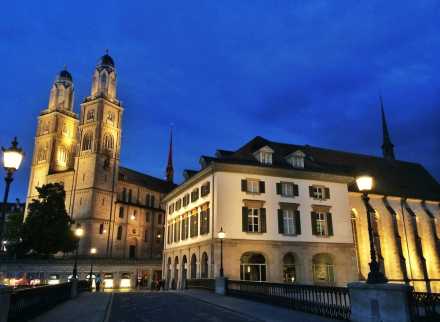